Seriously Messed Up Things Everyone Ignores About Star Trek

Sorry, Trekkies, Gene Roddenberry's final frontier isn't really the utopia that it might seem. For all of Star Trek's progressive ideologies, there's plenty just below the surface that remains completely messed up, even hundreds of years in the fictional future.
When time is of the essence, and you're not too far away from your destination, most technologically-advanced humanoid species use their ship's handy transporter to get them from point A to point B. But there's a reason that characters like Bones and Barclay were fans of the less-convenient Shuttlecraft: they were adamantly opposed to being destroyed and reassembled at an atomic level.
The use of the transporter system is an existential nightmare. The ship's computer scans your molecular makeup, stores the pattern of your entire existence in what's basically a flash drive, then converts your mass into energy which moves you from one place to another. The energy is then reconstituted into matter into the shape of you…when it actually works.
The person that steps into a transporter is vaporized and then a near-perfect facsimile comes out the other end. And sometimes, it just creates a duplicate of you that turns evil and you kinda just have to deal. And then, you might also just happen to run into some terrifying subspace monsters. All in all, not cool.
Watch the video for more Seriously Messed Up Things Everyone Ignores About Star Trek!
#StarTrek #MessedUp #NextGeneration
Atom by atom | 0:15
The future of racism | 1:15
Sexism in the future | 2:34
Next stop: Risa | 3:58
Mysteries of whatever | 5:19

Are you trying to start a war?

A society run entirely by women would be a disaster.

To be fair, Magel Barrett (Lawaxana Troi) ended up marrying Roddenberry, shortly after the end of his already dissolving marriage. And he didn't "sneak" her onto the set. He cast her as the ship's first officer in the pilot.

The biggest problem of Star Trek was Roddenberry's lack of understanding of economics. Eliminating money would ruin society. Without pricing, there is no non-arbitrary way to utilize resources. Honestly, the Ferengi should have been the most powerful species in the galaxy. Nothing spurs innovation faster than the profit motive.

When does the Federation go to war with Romulus post TNG? I’m pretty sure that’s not a thing.

From what I understood about teleporters: you get vaporized and pretty much die. A copy of you with all of your memories will start existing. But you - you will stay dead.

Star Trek steals from other shows and acts like they made it up. An example is the Borg look and Ideals were stolen from the villain Lord Dredd in Captain Power. Captain Power was airing during TNG first season. The Borg didn't show until the 2nd.

I think the most ridiculous thing about this asinine video is the strange assumption that ALIEN societies ought to conform to the moralistic fashions of our time. Tell me, do you sneer like this at actual REAL societies that don't meet your every demand for moral perfection? And you wonder why older folks think y'all are spoiled and entitled. :D:D:D

Hold on!! You realize that Star Trek TOS was MADE in the 1960's right?? Naturally it would have a 1960's take on things. Sorry if that take doesn't conform to your sanctimonious and "enlightened" world view.

I will tell you what's messed The episode where that guy stole a rose for this guy to give to his girlfriend and the enemy ships lasers could do no damage to the Enterprise. Pretty much all the vehicles in Star wars low-tech I really doubt the death Star could hurt the Enterprise 😆

Dude, get over your excessive sensitivity, go read a piece of toilet paper, I think that would be more appropriate for your sensibilities!

Came here to see interesting bits of Trek lore. Got lectured about a man in the 1960s being a misogynist, as if anyone should be surprised or care. 4/10 Transporter thing is pretty screwy.

Or they outgrew the crybaby sensitivity that makes current era people worry about offending people.

Prof Yoshie True but those series wouldn’t have been as good without the original series and movies before them.

that mistress was actually his girlfriend and then wife for decades before their remains were blasted off into space recently :p

Some light banter about your superior officer's heritage is not messed up. Get a grip you woke imbecile.

The transporter was a decision by production in TOS because showing a shuttle landing for every episode would’ve been too expensive. Later shows then just ran with the implications.

Remember, Star Trek is always improving, just like any other thing.

Most of these points are just ignoring the fact that these shows ran between the 60s and 90s. They're not perfect, obviously, but implying that any of this makes it "messed up" is just kinda ignorant lmao. Things aren't perfect in the future because people aren't perfect, anywhere. Yeah earth is a utopia in the star trek future, but that doesn't mean it applies to every other planet.

None of this is offensive. It’s called fictional drama.

Being void of racism and/or sexism. What is better, people not making comments because they have to watch what they say? Or people can say what they want because nobody gets offended by remarks other people make?

They have multiple episodes about the transporter doing that.... TRASH VIDEO

No, grunge, lets be honest, a planet run by women would be a complete disaster and you know it. That civilization would burn down on day 5.

So you think Star Trek was ment to portray a utopia? Interesting. It's more of a lesson on trying to overlay a Itopian society over a creative, innovative, unpredictable illogical species and how it will never become a Utopian society because of its human instincts.... maybe I'm this thinking it, or maybe that's why we have all of your conflict points because that's what its ment to show.

they never went to war with the romulans after that

Way to research Star Trek, pick out the bits that are bad or can be used out of context and attempt to slander the creator who had a grander vision than your little ELvids channel, by going for the unfortunate and occasional mistakes he made in his personal life.

One word for this video. Dum.

So his argument is that a fictional transporter does not function as he thinks it should? LOL! Secondly ST is about contemporary culture not the future!! These imperfections reflect the period in which they were made! This is why you don’t learn social science via YT!

Naw, all of this is ok and we need more of it.

what a load of politically correct crap.

Just trash. To live your life retconning all of human history must get exhausting.

This guy does not understand. Fiction is always locked into it's environment Like this critique's displaced rectitude.

The mechanics of the transporter are clearly understood and have been for decades. It is what it is. It works, if you will. Like TV.

Lighten up. My god man, Americans these days are a bunch of repressed, puritan prigs.

It’s fake and just entertainment. Doesn’t have to be accurate

You can’t get liberal utopia right,it doesn’t exist,and no we don’t IGNORE it most people just know it’s Hollywood fantasy.

Yes he called out Spock’s alien heritage because THAT is the point of no racism. You don’t pretend shit like nowadays. You just say what you think. Spock was unique in the ship, thus interesting. Why wouldn’t anyone point it out? Idiot race baiting channel.

I had no idea Roxanna Troi was Gene R.'s mistress. Lol

literally cant watch anything without the woke BS unsubscribed

Not going to watch because I already know that ”seriously messed up” means “racist/sexist/whateverphobic”. Yawn.

"Star Trek" is right about the nature of women

Confusing intraspecies racism and differences between different species. Calling sexism for picturing women in their best, and their worst (as it's done with man). A poor analysis, at best.

I've surprised myself with how embarrassed I am for whoever made this video-the ignorance on display is staggering. That or they don't watch the series and/or don't have a basic history of it or understand character analysis, which you'd think would be a priority. It isn't even as complicated as being "a show of the times" as some have suggested. Quite simply, this was made by people who are trying to stir up meaningless shit; based on the pinned comment, the idea was to start a _Star Trek_ versus _Star Wars_ fan war, but given the talk of "progressives" in the comments, it seems some of the conservatives out there allowed themselves to be manipulated as well. Good job, guys. I rarely feel a ELvids video I watch is a waste of my life, but damn-I'd like those seven minutes back.

I lasted about 60 seconds before I had to stop the video. Gads, what a pile of crap.

A spanking isn't inappropriate when your woman likes it, just not too hard. Like for example, "you gonna spank me honey" seductively of course

Roddenberrys mistress?! You mean, Majel Barrett? Played nurse chapel, Lwaxanna troi, the voice of the computer on the enterprise! Whoever wrote this narration is an a-hole.

The only thing I agree with here (mainly bc context and point in history are removed from almost points) is the transporters always have and always will freak me out. Consider me a shuttle craft guy.

Woke alert set phasers to cringe! Who writes this garbage. Star Trek's legacy will endure your pointless virtue signaling videos will not.

Edward and B star trek if everything worked perfectly
Επόμενο 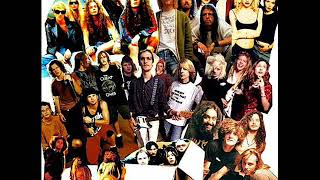 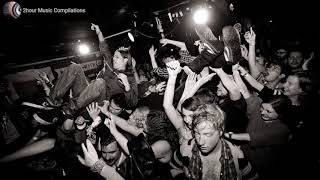 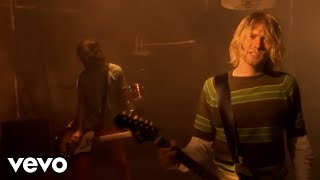 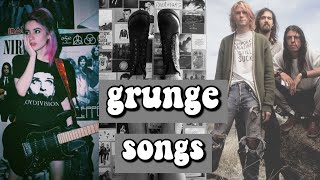 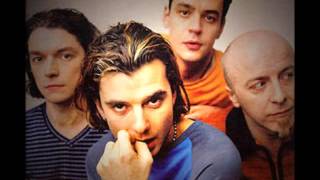 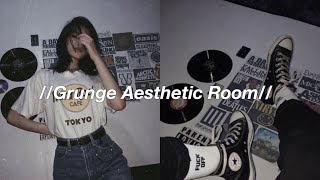 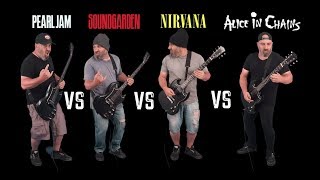 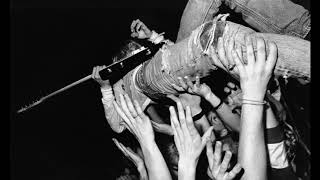 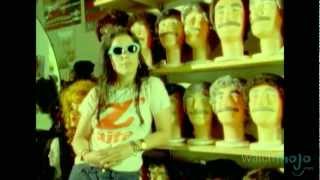 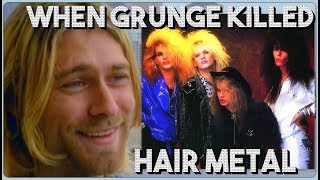 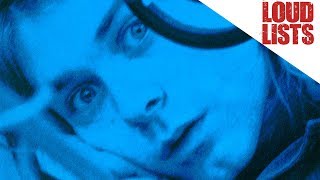